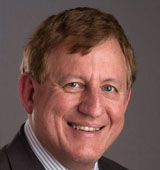 Stephen Balch has operated as a private business consultant for over 10 years and was a founding partner in MDS Partners, a Darwin based Strategic Management Consultancy. Stephen is an accomplished executive manager with extensive senior management experience.

Stephen holds a Bachelor of Business degree with majors in Accounting and Marketing and has been engaged in the workplace, as an academic, teacher/trainer, auditor, accountant, general manager, chief executive officer, company public officer, secretary and director. He also holds a Cert IV in training and assessment.

In February 2015 Stephen successfully concluded a 3 year contract appointment as the CEO of a Registered Training Organisation, Advanced Training International after ATI was acquired by Charles Darwin University. Prior to his role at ATI Stephen was a lecturer and course coordinator at CDU for 6 years.

Prior to his time at CDU Stephen held the positions of General Manager NT for CPA Australia (CPA) and NT Regional Manager for global recruitment firm, Hudson.